a) Three Workshops were held in November-December, allowing 12 hours discussion   to formulate the Vision and Objectives for the Wheatley Neighbourhood Plan.

c)  Three more Workshops in January will allow up to 9 hours discussion of strategies and policies needed for the Wheatley Neighbourhood Plan.

d) The framing of policies is the sharp end of a Neighbourhood Plan. They can be formulated as principles now, even though the size timing of any Oxford Brookes U. development is undecided. Policies have to be couched in precise language which can stand a legal challenge. SODC advisors will help with the wording, but the content remains ours.

e)  Road Map. Once our Draft NP has taken its first shape (end of January), it will be passed to SODC Planning and our new NP Advisers (see 3 c) below) for the professional wording  of policies we believe the community wants, and to confirm compliance with national and District policies. This will take up much of  February. We hope then to offer the Draft NP to the communities (Holton and Wheatley) in March for the required 6-week Consultation  before we submit it to the Examiner.

f)  The Oxford Brookes U. site has been the focus of development talk since 31 May 2016. It should be noted that WNP Land Use and Housing Team has also investigated pockets of land potentially available in Wheatley. We have also pressed to keep alive the ‘mixed use’ proposal for the OBU site, alongside housing (Preferred Sites, Draft LP32, June 2016). ‘Mixed use’ was barely heard in SODC pronouncements after the summer Consultation..

a) The new Bill on Local and Neighbourhood Planning went to The Lords in December after its 3rd Reading in The Commons. The intention is to streamline NPs.

b) White Paper on Land Use due out in January. We will know more soon. (See below 3 d)

b) On 7 September, at WNP request, two SODC Planning officials were questioned by WNP full Committee (and Chairman HPC). Details were minuted and sent to both Parish Councils.

c) Again at WNP request, on 6 December, a meeting was held with SODC Chairman John Cotton and six members of WNP committee. Informal minutes were sent by WNP to both Parish Councils. We met the two new NP advisers who made an immediate impression.

d) Local MP, SODC Chair, new NP Advisers and District NP reps (including WNP) are due to meet on 20 January for clarifications and updates. WPC / HPC will be kept informed.

a) We still await feedback on the June-August SODC Consultation on Preferred Sites LP32. SODC and WNP hosted this for Wheatley/Brookes on 13 July in The Merry Bells. The scale  of response has delayed publication until February, along with a revised Preferred Sites (2), LP32 and further Consultation. These SODC-led Consultations are the last major community feedback which remain to be absorbed by WNP into the Plan if and where relevant.

b) OBU student and professorial involvement (Town Planning Degree Course, Final Year  Project) in OBU site investigation. This group collaborates with full knowledge of OBU and is welcomed by WNP. The first student exhibition (findings and recommendations) was held in December and WNP members were there to respond.

c) OBU is to convene a meeting on 6 February with reps from the two parish councils and WNP. The subject will be the Environmental Impact Assessment announced in November as part of Brookes’ applying for Outline Planning Permission for the site before selling.

d) Housing figures bandied around about the Oxford Brookes U. site since 31 May, ranged from ‘300+ – 600+’ (June) to ‘750 maximum’ (November). Parish councillors and WNP Committee members owe it to the community not to scaremonger on hypothetical or capacity- testing figures. I explained the ‘750’ on WNP Website in November. Real figures will come soon enough.

b) All the WNP body of evidence including surveys, consultations, group encounters and sourced information on Wheatley is being collated. It will be made available during our  public Consultation (see 1 e) above) in March before Draft WNP submission to Examination.

6. When may a Neighbourhood Plan take effect ?

Increasingly, but unpredictably, NPs are being acknowledged by Planning authorities pre-submission, that is after Examination, but before they are finalised (or ‘made’) by District Council and  Local Referendum. After March, WNP will be approaching Examination.

My thanks go to the many people in both communities who have supported us up to now and in so many different ways. I must also name Gareth Morris, retiring Clerk to Wheatley P.C., who has been helpful beyond the call. WNP wish him a happy, fulfilled retirement. 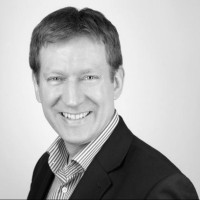 Thanks for the updates. Really useful site for reference

I agree. It is a very informative site; thanks to all concerned.

We would like to record out sincere thanks to everyone who has taken part in this very thorough consultation and drawn up such an excellent plan. It has been a mammoth task but well-worthwhile. We are especially grateful to John Fox for setting and leading the sensitive and inclusive tone and culture of the NP consultation process.
We fully support the vision and objectives identified in paragraph 5.3 of the plan and agree with the strategy for apportioning and prioritising land use as in Figure 7.2.
We support the proposals for WHE25, the OBU site and the ‘appropriate development’ of contingency sites. In fact we believe that the two proposals for the contingency sites are worthy of consideration in their own right as improvements to the village regardless of the scope of the OBU proposals. We find the suggestion to relocate the Littleworth industrial estate (WHE22) and to replace it with residential housing with an emphasis on low cost, affordable dwellings very creative and useful.
We note that the possible relocation of some industry to WHE16 would further isolate the close community of bungalows between Asda and the Wheatley Car Sales site. We agree that this would be an appropriate time to address the delicate issue of relocating the residents of these bungalows to a site nearby within an appropriate residential environment. We appreciate the sensitivity and empathy shown by the Neighbourhood Plan committee when consulting these residents.
We agree that there should be no further development extending the village further west towards Horspath and Oxford and that the Green Belt should be protected in this part of the village.
The proposal to develop a new, larger village hall and a new home for thew Scouts are both welcome.
We are pleased that the County Council and Parish Council’s commitments to the continuation of services to children and families at the Maple Tree Centre will greatly enhance the village’s social infrastructure and its ability to respond to the increased needs of a growing community.
Any funding available to the community through Section 106 grants from developers should be allocated towards the strengthening of this infrastructure of services and leisure facilities.