How do I have my say?

How do I have my say?

Nearly 5000 people live in Wheatley and Holton. Since 2016, we have put out a Straw Poll (May – June, 2016) a Statutory Housing Needs Survey (contracted out, August-October 2016)  to which we had a Community Opinion Survey (Aug-October 2016) attached. Open Days were held in May and July 2016, in June 2017 and a further Open Evening on 25 May 2019, and an Open Surgery on 15 June. Smaller polls took place as the moment allowed. An 8-week Public Consultation was held in May-June 2017, where the outline Draft WNP was publicised. It included the SODC Strategic Site (Brookes Wheatley Campus) on which WNP Committee has fully exercised its rights of critical response, and proposals to enhance the  Littleworth industrial estate, Ms Tombs Field, and The Bungalows area west of ASDA. The Draft WNP being presented for Final Public Consultation, 07 May to 21 June 2019, has not been altered in essence from that of 2017. However, it is presented in a better and wiser way, after nearly two years of expert advice and community comment. The village has been informed regularly during three and a half years; WNP Committee members have also listened to the community during that period. Our website ‘Evidence Base’ [EB] is proof of both.

PLEASE EMAIL, COMMENT VIA SOCIAL MEDIA OR SEND A LETTER – WE NEED EVERYONE’S RESPONSE. THANK YOU! 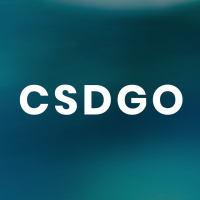